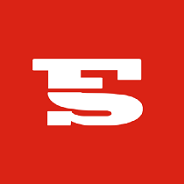 Fastspot is a one-of-a-kind company. In this digital agency, you’ll find two bulldogs snoring under the conference room table, creative minds collaborating together, and a neon sign of the Fastspot logo. Fastspot builds websites and digital solutions for primarily the college/university and cultural institution sectors; however, they are branching into healthcare and financial sectors as well. Fastspot looks to be a long-term, collaborative partner for clients, and Director of Operations Stacy LaHam says that when working with Fastspot, “all of us are on your team. It’s a value-add because you have all of the Fastspot minds thinking for you during a project.” Many of these Fastspot minds are trained artists who bring a creative approach to solving complex problems. As Fastspot continues to create stellar results for clients, the company also maintains a strong culture through their emphasis on Core Values and teammate recognition. In true digital fashion, Fastspot’s Core Values are most emphasized through two Slack bots named HeyTaco! and Fastbot, and the team looks forward to using them as the company continues to grow.

Determining Core Values
“We’ve seen tremendous positive change within our agency since implementing EOS, particularly around the definition and focus of our Core Values,” shares CEO Tracey Halvorsen. “Everyone now has a meaningful and relatable set of guidelines to model individual behavior and performance around, and to use as a mechanism for constructive feedback.” The Fastspot Core Values are:

These truly define the Fastspot culture, which Stacy says is “about bringing together a bunch of extremely smart and talented people and letting them work together to solve problems. We push each other to create excellent outcomes and there is also friendship and bonding here. Everyone cares about everyone else, and this is illustrated from the way our work is executed to the way people send well-wishes to sick coworkers.” Stacy says Fastspot is also pushing for even more diversity and inclusion as they grow, and will rely on the Core Values to “make sure that no matter how big we get, it still feels like it’s just a few of us sitting in a conference room.”

Not Just a Poster on the Wall
The Fastspot team frequently shares their Core Values as part of the EOS Process. Every morning, the company has a quick all-staff meeting, and people are called on to see if they can name all five Core Values. Tracey shares examples of living out the Core Values every quarter during the State of the Company meeting, and hiring and performance reviews include the Core Values as well. Prospective job candidates fill out an online survey about the Core Values before they even have a phone interview, and Stacy has found this very useful “both for the writing sample it provides and getting to know people on a deeper, more personal level.” Quarterly reviews include Core Values too, with each employee and their supervisor reviewing the employee on how well they are living the Core Values. “We were surprised to see people giving themselves plus-minuses,” says Stacy. “The level of vulnerability and honesty our employees show in this process illustrates how seriously they take our Core Values and see them shaping our culture.” In true EOS purity, the Fastspot team is using their Core Values to “hire, fire, review, reward and recognize.” Being the excellence-minded folks that they are, however, they were convinced they could do more in engaging the team.

Enter the Bots
Like any good tech company, Fastspot found its answer in a bot. The team uses Slack (the messaging tool), and an add-on bot called HeyTaco! to recognize each other for jobs well done. Each person gets five virtual tacos a day to reward teammates with, and tacos are tallied on a leaderboard to be redeemed for real perks like gift cards. This idea caught on like wildfire in the Fastspot office. “In the six months we’ve had HeyTaco!, over 2000 tacos have been given out with just 27 employees using it,” Stacy shares. “The success of HeyTaco! got me wondering if there was a way to use it to reinforce our Core Values.” This lead to Fastbot, an add-on bot created by Fastspot that would work with HeyTaco! so employees could hashtag their recognitions with specific Core Values. “The bot tallies these hashtags, and this is how we chose our first employee of the month in March. This data has shown us who is getting recognized for which Core Value, and also who is recognizing their team members the most,” Stacy explains. This Slack channel has become a source of positivity in the office. Before, an employee might post a negative comment after receiving challenging client feedback on the Slack channel. Now, employees are rewarding their team members with tacos for navigating those issues for the good of the team: “Thank you so much for vetting that feedback so well and having the team’s back. :taco: #DoTheRightThing.”

Benefits of EOS
In addition to Core Values that reinforce their culture, Fastspot has benefited from the structure the Entrepreneurial Operating System (EOS) provides. “Fastspot had a lot of great elements, but we didn’t have a system that was uniform and understood by all,” says Stacy. “We wanted to get everyone rowing in the same direction and needed a way for the leadership team to align with each other so we were all saying the same thing and following the same rules.” As a result of the EOS implementation, this is a way of life at Fastspot and the leadership team is making solid decisions with everyone on the same page. The EOS Scorecard helps the team keep a pulse on the business, and they now enjoy working on the business as well as in the business. The EOS V/TO provides a clear picture for where Fastspot is going, and seeing the team execute on the 10-Year Target, 3-Year Picture and 1-Year Plan one quarter a time has been a huge benefit. “I love seeing our progress every quarter and how far we’ve yet to go,” Stacy says.

Fastspot had a thriving culture when the company began their EOS journey with Sue. Now, the EOS process has helped the leadership team identify the Core Values to describe that incredible culture. “Rolling it all into Slack and integrating HeyTaco! and Fastbot has been the proof of Core Values truly taking hold and being owned and governed by the entire team, not just the leadership,” says Tracey. With a strong culture, aligned leadership and clear vision for the future, Fastspot is primed for continued growth. The Fastspot Core Values, and taco rewards, of course, will ensure this culture lives on no matter how big the company gets.